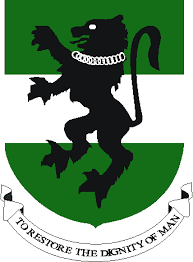 Monday June 1st
After ignoring all the "new month, new blessings" bc's on bbm, I managed to get four containers of water (containers, because I used both buckets and a jerry can) that'd last me two days, two baths and the usual dish washing I'm always obliged to do. We hadn't been opportuned to have power (i.e. NEPA light, for my brethren on the other side) for weeks and the water rush was almost a lifestyle for us, just as the expectation of the generator power by 7pm was.
Fast-forward….

The time is almost 14:00h; it's like ten more minutes before the class ends when I get a bc from a friend on bbm."………" I text back, "……." thinking it is a prank. This friend reassures me it's no joke and I quickly text two other contacts to confirm this news and it turns out to be true. We were going on a compulsory two week break and all hostel inmates were to evacuate the hostels before Tuesday, the next day,6 pm.
Honestly, I thought it was a joke right until 4pm, my last class for the day. I did go ahead and announce the new development to my course mates though, making a joke out of it. "How could the school authority send us out of our hostels under 24 hours?" I reasoned, we all reasoned.
The school was in an air of excitement that evening. I don't mean the "yeay-it's-an-effing-show-or-party-we-all-can-shout-our-lungs-out-in-youthful-glee-and-go-gaga-crazy" kind of excitement; it was more of a real-shit-is-about-to-get-down mixed with a sense of danger. I swear (figuratively), I could feel it in my guts that something would likely happen that night or the next morning; most of us did anyways.
So, school was over, its 6pm, most people are done with lectures and back to their homes (i.e. hostels or lodges mainly or squat mates for some) by now, we knew something was really up and that the school authority was not close to joking but we are young and silly so we needed to get the fun out of the young growing situation; at least for some hours.
In loud excited voices, we re-narrated and over-exaggerated our versions of the adventures we planned in over-stated excitement and faux courage. Some claimed they wouldn't budge out of the hostels, others swore to protest, while some just narrated previous tales of similar incidents in the school's history. Oh did I contribute to these with such enthusiasm, I was surprised at myself at some point.
We didn't expect the group of guys that assembled about 6:30pm and demonstrated what I term a "weak-ass imitation" of a riot. I didn't witness their actions first-hand but the witnesses bore some similarities in their narration; fear, disgust, anger, panic and for some, happiness. The others like myself who weren't "opportuned" to have witnessed these events; anxiety, the kind a child has when he wants to find out if falling off a tree hurts.
On why I have termed the riot so, and why I decided to include it in this report, I'll let you know in this paragraph. Correct me if I'm wrong; of what advantage was the protest to thi whole situation? Properties were destroyed, students injured and rumor has it about two students were killed in the stampede. How then does one categorize this group of youth that resorted to meaningless violence as a last resort to solving the issue at hand? This goes a long way to project the sickening lack of understanding some youth possess sometimes.  Some of us are still confused till date, by the action of the protesters, some of us need answers.
Tuesday, June 2nd

Confusion: is a lack of clarity or order or a misunderstanding in some cases.  That is the present state of 80% of the schools' population. 80% because, I believe the school authority comprise of 10% and the other 10% comprises the privileged of the population, those aware of the real story, the sad thing is that 5% of the confused 80% strongly believe they are aware of the real story. You see, these events are told and registered in different versions, which this 5% believe in or rather choose to believe in. Honest, I don't know the real reason behind the sudden compulsory break. Not because I have chosen to be ignorant or oblivious but because I have heard different versions of a story I stand confused still. Some versions of the story suggests the audience blames the government, some suggest blame on the school authority, some blame it on the protesters; how then can an average human register all of this and make sense out of it all?
The hostels were purged of students. The sight of it was painful to my eyes, hurtful to my heart, the irony? We were mostly happy for the compulsory recess, who wouldn't?
The news and rumors reported the death of a certain number of students yesterday. I cannot comment on this because I have no evidence. Recent reports claim the death of three and injury of about five.
Wednesday, June 3rd

I decided to finally write a report on the events of the past two days.
I walked around school today; it's a ghost town. The hostels we were threatened we would be dragged out of are still open with some brave inmates, still in their rooms. Why did we assume they'd be shut?  Everyone is going about their businesses, of course chipping in commentaries of the events of the past few days, enthusiastically airing their opinions and views to their fellow confused 80% population, increasing the circle of confusion.
About 75% of the student population are home, (and by home I mean, they travelled out of school to other places) leaving the 25% hanging around school, 10% are final year students,  10% are students of other levels, and 5% are the braves, actually sitting their asses down in their various hostels. Waiting, but for what? And for how long?
22:15
I stop typing this report. Tomorrow might bring something better or worse. Who knows? What is most important is that all of us on our beds, or walking, or sitting, or dead, unconcerned, squatting off-camp, sitting in buses, or reading this, in a corner of our hearts, our hearts, we still wonder at how swift three days can be, how three days can change a person's life, how three days can take someone's life and how in three days, a school became a ghost of itself.
So I ask again, "am I the only one in desperate need of real answers?"
P.S.
What is the opposite side of a coin doing on this other side?

Prettiola said…
Wonderful Gracie! I was so excited about the break, had so many interesting ideas in my head on how to spend it, and no things didnt exactly go as planned...now it's 2 days to the end of the break that seems like it started just yesterday...Nooooooooooooo! i need more time!
12 June 2015 at 06:58

Gracie Lou said…
Prettiola Lol_ i do hope you have way more more interesting things to do these next few days #winks
12 June 2015 at 11:36

Popular posts from this blog

August 08, 2018
If you’re thinking of the next place to tour in Nigeria, get in here, you might just be in luck.

The town of Ado Awaye is fascinating for not only its tourist sites but also its historical mythologies.

This review will help enlighten and prepare you for the trip to Ado Awaye with Lagos as the take-off location. This means your interpretation of logistics for this trip should be measured based on your current location.

Preparation When preparing to tour the town of Ado Awaye, these are a few things to take note of:

1. What to take
Because you’re touring, it is important to travel as light as possible. This means while packing, you should go for only essentials. Try assessing each item you intend to pack with these two questions: ‘Do I really need this?’ and, ‘Do I have another item serving the same purpose this said item offers?’.
Usually, 80 percent of the time, if you find yourself pondering over the above-italicized questions, the item in question will usually not be important.

July 24, 2018
Americanah
I don’t care for any other opinions on the themes of Chimamanda Adichie's Americanah. For me, true love made up one of the predominant themes. A theme I hoped and begged the universe to grant me.
The novel’s heroine, Ifemelu would begin an intriguing affaire with her beau Obi from Secondary School.
They’d go on dating through a few years in University before Ifemelu would leave for the U.S. to get her first higher degree.
As much as I have never researched this, I strongly believed Chimamanda was mirroring a part of her own life’s story in Americanah.


First, Adichie had studied Pharmacy for a year and a half at the University of Nigeria, Nsukka before leaving for the US to get a first degree.
I fed on this keen theory of mine, convincing myself it was thoroughly true and then hoped and prayed for a tailored pattern of romance for myself.
This tailoring of another’s narrative is just the way some Nigerians meet a trusted tailor with a particular design they’d want to be …
Post a Comment
Read more

March 13, 2018
my eyes are
intelligent,
brilliant: a firework of events.
my thoughts are
limited,
weakened; how come it took
this long to realize?
my screams are
silent,
crippled: hence the irony,
suiting this madness.
my heart is
bound,
consumed: inclined to a seul,
the imperfect affair.
my life was
easy,
still is: when will it fully blossom?
some lies are
unharmful,
a sign: love's very true own
protection.
my eyes are
not for seeing,
but feeling,
all these other lives
i dare not intrude
or touch,
for the better part of
this dreadful
trance.
g.o.
Post a Comment
Read more